STILLWATER, Minn. — A new web-based application lets you discover Stillwater through a lens of the past.

Lens Flare Stillwater launched on June 30; the free app can be accessed through its website.

The app allows users to take a historical tour of the city through their smartphone.

When visitors get near one of the app’s featured 14 locations, the picture changes to that place and includes historical information, audio and pictures of the site.

“There’s a lot of hidden treasures here in Stillwater,” said Robert Molenda, a retired 3M employee who came up with the idea.

“About two years ago I had a bunch of ideas and this was one of them. I had no idea how to do it and all of a sudden I realized I’m getting older… I gotta move now otherwise it’s going to die in the basement of all my other ideas. So I decided to do something about it,” Molenda said.

The project won the Great Idea Competition in 2016 – securing a grant from the Stillwater Area Foundation. 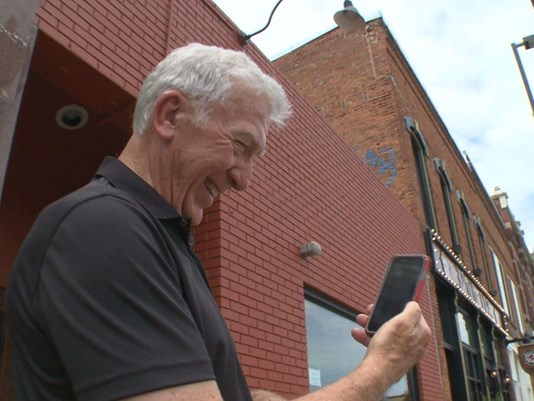 Molenda now works with a team of volunteers on the app.

Users can also access information on different locations through the Lens Flare Stillwater website. But Molenda is encouraging people to take their smartphones to the sites.

“When you’re in town, you want to use the app. Because that allows you to come up to these buildings and you can touch them,” Molenda said.

Besides historical information, audio and pictures, the app includes “time tunnel” photos that are split down the middle – showing what the locations looked like in the past and what they look like now.

Molenda said they plan on adding more geo-locations. He hopes to bring the app to other cities as a nonprofit franchise.

You can visit Lens Flare Stillwater at lensflarestillwater.org.