The Stillwater Area Foundation is pleased to announce that Robert Molenda of Pivot Stillwater is the winner of the fourth annual $10,000 Great Idea Award, which was presented at the Foundation’s annual reception and fundraiser at the Lowell Inn Event Center.

This year’s Great Idea allows people to put Stillwater history at their fingertips. The Pivot App uses smart phone technology to allow people to view a location in Stillwater and display the same scene as it appeared at other times in history. The app will be free to the user and will provide easy access to photos, text and audio right from the phone of the user as they stroll the sites in Stillwater. Users can use the app on-site or from a distance via a mapping view. Marine and Bayport are slated for this hands-on tool in the coming year.

The Pivot Stillwater Great Idea takes advantage of Stillwater’s unique history and the John Runk Photographic Collection to enhance everyone’s understanding of Stillwater’s heritage. Stillwater will be the first community in the region (and second in the United States) to use such this unique “time tunnel” effect.

Julie Pangallo of River City Sculpture Tour received a runner-up prize of $5,000 for her Great Idea of a free ongoing exhibit of public art. The show will feature original outdoor sculpture, on display year-round from May until the following April. Each spring the artwork (by local, regional, and national artists) will be taken down and new sculptures will be installed. The sculptures are the work of local, regional, and national artists, with an emphasis placed on promoting local artists. Phase 1 of the Tour is already in place along the riverfront on Main Street in Stillwater. The program is designed to draw visitors to and through downtown, with the intent of building commerce, driving tourism and supporting economic development.

The Stillwater Area Foundation was established in 2010 and is an affiliate of the St. Croix Valley Foundation. For more information, go to their website at www.stillwaterareafoundation.org. 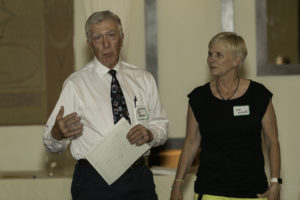 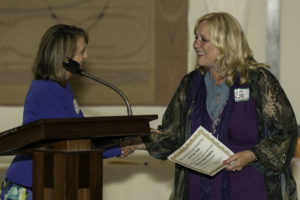 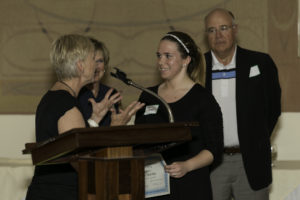 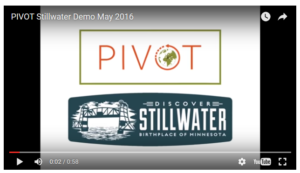 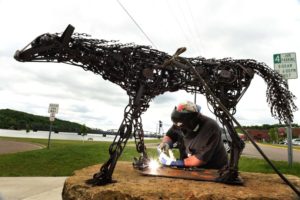